The legendary land at the end of the world

Coming from the vast expanse of South Africa, New Zealand is a very small country. Its total population is about the same as the population of Johannesburg. The city of Auckland is listed as the most remote city with a population in excess of one million. And yet, New Zealand is internationally considered a top holiday destination, having been voted most favourite destination by The UK's Daily Telegraph poll as well as by readers of the international Condé Nast Traveller magazine. In spite - and maybe because - of its remoteness, Auckland was rated, a few years ago in human resources consultancy Mercer's annual survey, as the fourth-best place to live in the world. 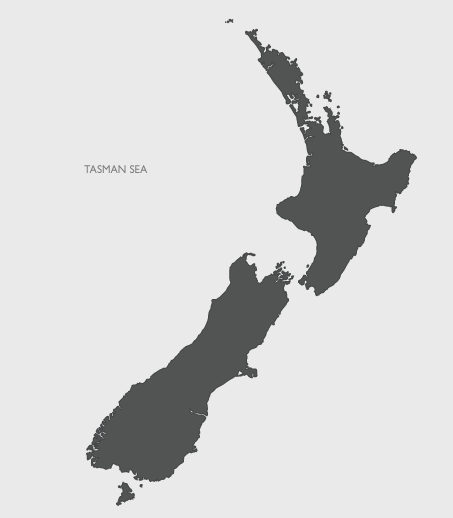 Natural beauty pulls in visitors, awards and movie makers
The country's most famous attraction is its stunning beauty. Places like New Zealand's Fjordlands National Park constantly win awards such as Forbes collection of the most beautiful places in the world.
Another attractive, unusual, aspect of New Zealand is its diverse environment - from sea and lakes, rivers and waterfalls, to mountainous - sometimes volcanic -- terrains covered in rainforests, and from hot springs to massive glaciers. New Zealand has got it all in abundance.
Haka to barbie - a diverse society in action
The country boasts warm, friendly people, a pleasant climate, low crime rate. New Zealanders are as sport-mad as the South Africans and the so-called 'Kiwi barbie' is not unlike our own braai.
New Zealand culture stems from its origins as the land of the Maori, who inhabited the islands before the arrival of the Europeans in the 1700s. Today, New Zealand is a diverse, vibrant society in which various cultures mix and prosper. Take a Tamaki Hikoi walk with a guide from a local tribe and get to know Auckland's Maori heritage better or board a ferry to the picturesque seaside village of Devonport in the outskirts of Auckland, which boasts breathtaking views of the city skyline against the harbour.

New Zealand's capital and shopper paradise is Wellington, where the retro op-shops and boutiques along Cuba Street or the world class label-stores in the Lambton Quay stretch offer style to fit for every budget and taste. At Wellington's Te Papa Tongarewa Museum you can see the skeleton of Phar Lap, the champion thoroughbred racehorse whose achievements captured the public's imagination almost 100 years ago. You can also experience an earthquake in a simulator and take a closer look at Maori wood carvings, clothing and weaponry. South African sport lovers can catch a rugby union game at the Hurricane's home ground, or lie on the grass hills and enjoy the sunshine whilst watching a leisurely game of cricket at The Basin.

Kiwi art, appetite pleasers and adventure in the wild

Situated in the south-west of New Zealand's South Island, Queenstown is renowned as one of the world's adventure capitals. During any of the year's seasons, Queenstown offers attractions for everyone, young singles and families alike. From skiing and snowboarding to one of the world's first bungee leaps, the 47-metre high Kawarau Bridge jump. Use Queenstown as your starting point for your tours to Milford Sound, another world-renowned natural wonder. Movie buffs would hate to miss the opportunity to visit some of the breathtaking locations used in Peter Jackson's Lord of the Rings and Hobbit movies, with film-based tours.

Nineties kids will remember the Pokémon craze, which kept them busy for hours on end before, during and after school, and the craze is back, but this time you need to get out and about to play this virtual reality game. Pokémon Go is bridging the gap between the real world and the virtual world by enticing the player to get out and explore their surroundings with the aim of finding the Pokémon, and these little guys are waiting for you across the globe. more >
Europe America Australia new zealand
See more travel experiences from our Blog »